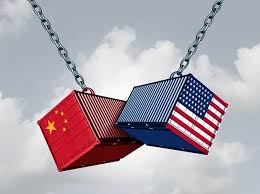 No US Agreement on Rolling Back Tariffs on Chinese Imports

In stages, the US unacceptably imposed tariffs up to 25% on about $360 billion worth of Chinese imports, along with threatened duties on all its exports to the US.

Beijing wants them rolled back, its Commerce Ministry saying agreement was reached to rescind them in stages as part of a phase one deal.

In response to reported stiff opposition from White House officials, Trump said the following on Friday:

"They'd like to have a rollback. I haven't agreed to anything. China would like to get somewhat of a rollback, not a complete rollback because they know I won't do it" — leaving the door open to partially agreeing to Beijing's demands.

By no means is anything certain. It never is in dealings with the US. On Friday, Reuters reported that rolling back US tariffs on Chinese imports "faces fierce opposition in the White House and from outside advisors," adding:

"The idea of a tariff rollback was not part of the original October 'handshake' deal between Chinese Vice Premier Liu He and" Trump, according to unnamed sources.

"No one in the White House (agreed to) go on the record" and explain where things stand on Sino/US talks.

Thursday on Fox News Business, senior White House trade advisor Peter Navarro said: "There is no agreement at this time to remove any of the existing tariffs as a condition of the phase one deal," adding:

Claims otherwise by China are "propaganda" intended to push the White House to agree on what's favorable to its ruling authorities.

"They're just negotiating in public, trying to push us in a direction, but the president makes these decisions."

On Friday, Trump said he and Chinese President Xi Jinping would sign a phase one agreement in the US.

On Thursday, the South China Morning Post reported that a Sino-US deal signing is "missing from Xi's itinerary" — creating uncertainty about what's agreed on.

Without official clarity from both countries, it's unclear where things stand.

China and other nations know that dealings with the US entail risks. Whatever one regime agrees on, a successor can withdraw from or demand unacceptable changes.

Time and again, the US flagrantly breaches international treaties, Security Council resolutions, other rule of law principles, its own Constitution, and bilateral deals with other countries.

Its ruling regimes can never be trusted, agreeing to one thing, then reneging time and again — how all hegemons operate, their word never their bond.