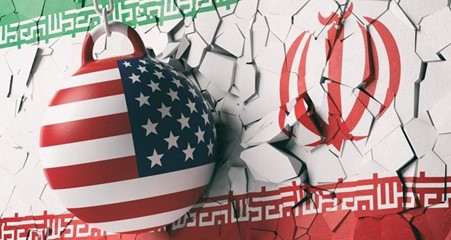 The NYT operates as an unofficial US ministry of propaganda, serving its imperial and monied interests, masquerading as a journalistic enterprise, what it long ago abandoned.

Its management, editors, columnists, and correspondents are militantly hostile toward all sovereign independent countries on the US target list for regime change — notably Russia, China, Syria, North Korea, Venezuela, Cuba, and Iran.

On major geopolitical issues and many others, daily editions feature all propaganda all the time, truth-telling prohibited.

The Times cheerleads all US wars of aggression and others planned. One-sidedly supporting apartheid Israel, it disdains fundamental Palestinian rights.

It's hostile to speech, media and academic freedom, supporting the vilification of Chelsea Manning and Julian Assange instead of condemning it, along with opposing the global BDS movement, falsely equating it to anti-Semitism it has nothing to do with.

Headlines like the above are around, virtually never by US and other Western establishment media, supporting the scourge of Israeli viciousness instead of condemning it.

The Times never explained that unilaterally imposed sanctions, for any reasons, by one nation on another constitute a flagrant UN Charter breach — the US the world's chief offender far and away.

Republicans and undemocratic Dems use sanctions as weapons of war by other means — to harm economies and their people.

Instead of denouncing this unlawful practice, the Times (and other establishment media) wholeheartedly endorse it — making them complicit in criminality. The same goes for supporting US aggression against nonbelligerent states.

In its Saturday edition, the Times slammed Iran's legal right to sell oil — and all other products the country produces unobstructed, saying the following:

"China and other countries are receiving oil shipments from a larger number of Iranian tankers than had been previously known, defying sanctions imposed by the United States to choke off Tehran's main source of income, an investigation by The New York Times has found."

I and other independent journalists discussed this time and again, stressing Iran's legal right to have unobstructed political, economic, financial, and trade relations with other countries.

The same goes for all other nonbelligerent nations. Iran operates legally, the US illegally, the Times never explains, siding with unlawful US policies instead of nations they're used against.

US policy toward Iran and all other nations aims to get them to bend to Washington's will — even when harming their own interests.

Since Iran's 1979 revolution, regaining its sovereign independence from a generation of US-installed fascist tyranny, US policy toward the country has been and continues to be all about pursuing regime change, wanting it transformed into a vassal state, along with gaining control over its vast oil and gas reserves.

Tehran's nuclear and missile programs are entirely legal. Despite pulling back on its voluntary JCPOA commitments, permitted by the agreement if other signatories breach theirs, Iran remains in full compliance with the deal, violating none of its provisions.

The Times falsely, maliciously, and knowingly claimed otherwise. How much Iranian oil flows to foreign markets is known only to its officials, China its main foreign buyer, rejecting Trump regime sanctions because of their illegality.

The Islamic Republic has had 40 years of experience in finding ways to circumvent illegal US sanctions.

The Trump regime's aim to bring its oil and related products to "zero" is pure fantasy.

It's a policy demanding universal condemnation — never by the Times and other establishment media, complicit in US criminality for supporting it.