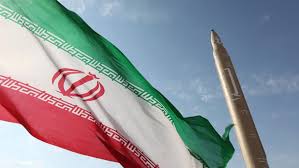 Relying on establishment media for news, information, and analysis assures knowing nothing about major issues, especially geopolitical ones.

In response to Iran's legitimate JCPOA right to increase its uranium enrichment to a greater amount and purity level because the US and Europe breached the deal, Western and other world headlines read like material scripted in Washington.

The NYT, Washington Post, and WSJ mimicked each other, falsely accusing Iran of breaching the JCPOA nuclear deal.

Iran's announced and implemented JCPOA-related activities are legitimate under its provisions. No breach occurred.

Here are the deceptive headlines the three broadsheets featured in their latest editions:

"The US and Europe Breach Their JCPOA Obligations"

"Iran Threatened by the US, West, and Israel for its Legitimate Nuclear Development and Use"

No evidence suggests otherwise. There never should have been a need for the JCPOA.

The fabricated Western/Israeli claim of an Iranian nuclear threat always was and remains red herring cover for their longstanding regime change objective.

If Iran had no nuclear program, another pretext would be used to falsely claim it poses a regional threat" while ignoring the overwhelming menace to world peace posed by the US, NATO, Israel, the Saudis, and their imperial partners.

The NYT lied claiming limits were established on Iran's uranium enrichment "to keep Tehran from producing a nuclear weapon," the world community knows it doesn't seek.

"The latest move inches Iran closer to where it was before the accord: on the path to being able to produce an atomic bomb," the Times added, a shameful bald-faced Big Lie, its specialty on countless major issues, notably anything related to nations targeted by the US for regime change.

When reporting about unilaterally imposed US sanctions on Iran and other targeted nations, the Times and other establishment media fail to explain their illegality, why no countries should observe them.

Observance is complicity with White House criminality. The Times falsely called Iran's legitimate JCPOA right to increase its enriched uranium amount and purity level "a deliberate (and) provocative violations of the accord."

The Big Lie about the (nonexistent) threat of an Iranian bomb won't die.

Former Obama official involved in negotiating the JCPOA Rob Malley slammed the Trump regime, saying it "discredited the very concept of negotiations, and it has strengthened the hand of those inside Iran who would argue that it is no use talking to the Americans because you can never trust them."

Reports on this issue by WaPo, the WSJ, and other establishment media largely replicate Times disinformation and distortions.

Key is what the Trump regime intends ahead. Hardliners Bolton, Pompeo, and their henchmen want war on Iran.

Easily manipulated geopolitical know-nothing Trump may be pushed into aggression on Iran, boiling over the most war-ravaged, unstable part of the world more than already if he goes this far.