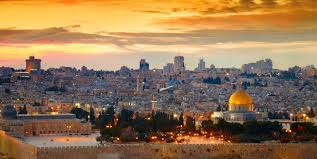 Israel: The Nation State Equivalent of a Street Bully on a Rampage

The same goes for the US and NATO on steroids - partnered with Israel, representing an unparalleled menace to humanity.

Since last weekend, Israel attacked Gaza multiple times, intensively on and off since Monday. IDF combat troops are deployed along its border, invasion to come if ordered.

Like three previous times since December 2008, it's possible again, likely to be known by the weekend or sooner.

Gazans are repeatedly blamed for Israeli high crimes committed against them, what's going on this week the latest example.

On Friday, Gazans will commemorate the one-year anniversary of their Great March of Return demonstrations for justice denied them - many thousands likely turning out en masse.

Does the Netanyahu regime intend mass slaughter of peaceful demonstrators? Will IDF snipers gun down large numbers with live fire, attacking others with toxic tear gas - despite them posing no threat to Israeli soldiers or civilians?

Will what happens on Friday be prelude to another Israeli preemptive war on the Strip, including days of terror-bombing schools, universities, hospitals, mosques, residential communities, and UN shelters - along with IDF combat forces attacking Gazans on the ground?

Whatever the Netanyahu regime does next, the suffering of two million Strip residents will continue.

At around 9AM Wednesday morning, an uneasy calm followed over night terror-bombing - to resume if ordered, what may happen during or following Friday's Great March of Return commemoration.

According to the Arabic-language Asharq al-Awsat broadsheet, a temporary "calm-for-calm" Hamas/Israeli agreement was reached.

According to an unnamed Netanyahu regime official, "(t)here is no ceasefire agreement. The fighting may resume at any moment."

Whatever Israel agrees to, if anything, isn't worth the paper it's written on, time and again saying one thing, doing something entirely different.

A permanent undeclared Israeli state of war on the Occupied Territories exists, on Gaza most of all. Small or larger scale hostilities can erupt anywhere in Occupied Palestine any time.

On Tuesday, the Gaza-based Palestinian Center for Human Rights (PCHR) said the following:

"PCHR emphasizes that the continued Israeli attacks on populated residential areas and the use of weapons on the basis of collective reprisals constitute grave violations of the 1949 four Geneva Conventions, amounting to war crimes."

"PCHR warns that the military escalation by the Israeli forces and the deterioration of the calm situation would exacerbate the difficult humanitarian conditions in the Gaza Strip, with the continued impact of the three devastating offensives and tightening closure for 13 years."

Israeli attacks on the Strip, largely affecting defenseless civilians, are flagrant violations of Fourth Geneva and other core international laws.

The world community consistently does nothing to enforce them, leaving Israel unaccountable for high crimes of war and against humanity time and again.