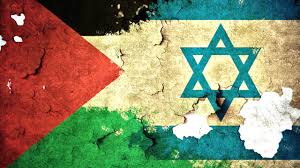 Palestinians deplore war, displacement, and loss of their historic homeland to a ruthless occupier, denying them their fundamental rights, brutalizing them for decades, Gazans harmed most of all.

They still suffer from devastation, loss of life, and maiming injuries caused by three preemptive Israeli wars of aggression in the last decade - along with 11 years of brutalizing blockade, virtually imprisoning them under concentration camp conditions, the world community failing to intervene on their behalf.

What utter nonsense, a Big Lie. The notion of further mass slaughter and destruction helping the Strip recover is a contradiction in terms.

Another war would cause more misery than already. Israel unjustifiably justifies aggression by inventing pretexts when none exist.

Perhaps falsely blaming Hamas for flaming kites launched cross-border in response to unlawful Israeli attacks on peaceful Great March of Return demonstrators will be used by the Netanyahu regime as a reason for more aggression - in cahoots with Washington if launched.

If another war in Gaza erupts, Israel will bear full responsibility. Hamas will be falsely blamed for its aggression like three times before. Palestinian civilians in harm's way will suffer most like always.

Flaming kites are symbolic acts of justifiable resistance against a ruthless occupier. There's nothing comparable between the actions of Gazan youths v. the merciless might of one of the world's strongest militaries unleashed without mercy against defenseless Palestinians armed with the redoubtable will to resist Israeli state terror alone.

It's at war with an entire population without formally declaring it, getting away with mass murder, vast destruction, and much more because the world community sits on its hands, closes its eyes, and does nothing to stop the horrors - ongoing for seven decades.

Claiming Hamas intends confronting Israel militarily is a bald-faced lie, perhaps a sinister Netanyahu plot for more war on the Strip, a possible mortal blow to the territory if launched.

May 9 commemorates Russia's Great Patriotic War triumph over Nazi Germany. Putin shamefully invited Netanyahu to Moscow for this year's commemoration - a Ziofascist criminal at war with Palestinians and Syria without formally declaring it, governing by state terror, threatening regional and world peace, treated like an honored guest instead of shunned.

Putin reportedly invited him back for the final World Cup match in mid-July. According to Palestinian soccer chief Jibril Rjoub, Abbas is coming to discuss bilateral relations and current political developments.

No responsible leader should have anything to do with either of these rogue actors, Netanyahu waging state terror on Palestinians, Abbas serving as enforcer against his own people.

Both remain unaccountable for their high crimes, responsible for inflicting enormous harm on long-suffering Palestinians - no end of their misery in prospect.