One week ago, New York Times editor, Patricia Mazzei mentioned in her Twitter feed a previously undisclosed detail about the Parkland School shooting that apparently was not released to the media because it did not support the official confiscatory victim disarmament narrative. Or if it was, it was effectively suppressed,...until Ms. Mazzei spilled the beans, that is.

Did you catch that?

A 6-round feed magazine?!

Now as a relatively competent gundude, I can assure you there are no 6-round magazines ever made for the AR15. However, most states have in their hunting regulations and statutes provisions which forbid using magazines with capacity greater than 5 rounds. Thus, there are in abundant supply many 5-round AR15 magazines. It seems likely that Ms. Mazzei merely confused the common practice of carrying a weapon restricted to a 5-round mag with an additional round in the chamber, for a total of 6. For a person unfamiliar with guns, that's entirely understandable.

But didn't the media portray the shooter as having used those evil dastardly only-meant-for-war high-capacity magazines that need to be banned? Indeed they did. Though to be fair, a few did in fact report that the shooter had carried only 10-round magazines. Well, which is it?

For the uninitiated, it may come as a surprise to learn that 5-round and 10-round AR15 magazines use the exact same exterior sheet metal box and have the same outward appearance as a result. It can be difficult for even an experienced gundude like myself to be able to discern which is which without handling them. To understand my point, look at the picture below;... 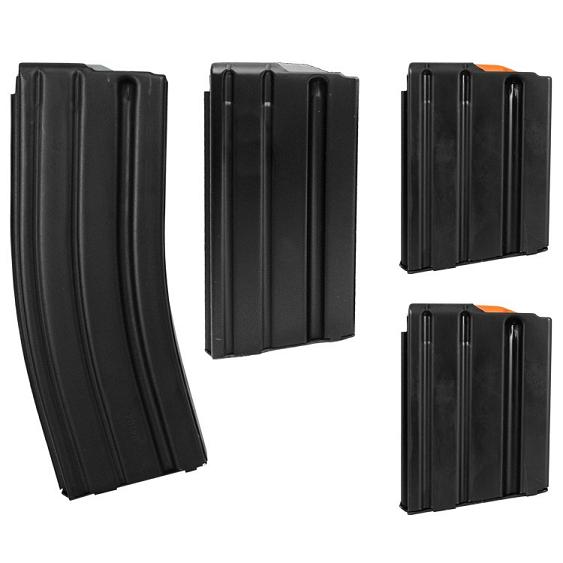 Here we have each a 30-round, 20-round, 10-round and 5-round magazine. Obviously the two shorter ones are the 5 and 10 count versions. But which is which? Can you tell? Apparently the persons who first released the info that the shooters mags were 10-rounders were mistaken, and as you can see, that is understandable.

But isn't it interesting how no one has corrected this reported misinformation in all this time, until it was done so by accident.

Considering that the gun prohibitionists, including those in the media, have been saying for decades now that reduced capacity magazines are needed to prevent events such as these,...it is not surprising that none of them are motivated to correct the misreporting about this element of the Parkland tragedy.

But the tweets of NYT Editor Patricia Mazzei last week were not limited to only that tidbit. It turns out that the Sheriff of Pinellas County, Bob Gualtieri, head of Florida's state-appointed commission investigating the Parkland shooting, had this to say about it all;...

And after all,...isn't that the whole point behind the reduced capacity magazine BS?! That an assailant has to take time to reload SO THAT SOMEONE CAN INTERVENE?!?! If none of the teacher staff are to be allowed to have a single weapon, and if the officers assigned to the school are cowards who won't engage the threat (like the Coward of Broward, Deputy Peterson),...then what is the flippin' point of the whole damned reduced capacity magazine scheme in the first place anyway?!?!

So here we are,...having suffered the 9th worst school shooting in the nation's history DESPITE all the gun control BS the victim disarmament crowd has been insisting will save lives.