Paying attention serves as an early warning system of when they are hatching plans separately or jointly to steal household silverware or endanger Americans by throwing gasoline on smoldering resentments around the world.  It's probably delusional to think that if I knew in advance what they're hatching, I could do something about it.

If Solomon were to return to this world and listen to the left and right media, even he would be incapable of deciding which is more superficial, biased, and tribal.  But it doesn't take a Solomon to conclude that conservative men have a problem with male performance.

How in the world can someone reach that conclusion?  By listening to talk-radio.  You see, most of the commercials on talk-radio are for meds and treatments for erectile dysfunction, or, as an Italian lowbrow like myself might say, for a limp linguini noodle.

In my newly adopted hometown of Tucson, for example, conservative radio station 790 AM runs a lot of commercials for the Universal Men's Clinic, which specializes in erectile dysfunction.  Its spokesman is Dr. Charles Arakaki.  His surname is pronounced "Aura-cocky."  I kid you not.

The first time I heard his name on the air, I was driving 78 mph on Interstate 10 between Phoenix and Tucson.  It made me guffaw so hard that I almost veered under a semi.  Yes, I have a juvenile sense of humor.

The commercials are an indication that conservatives are less than manly where it matters most, in bed.  Paradoxically, however, they love such he-man pastimes as wars, football, guns, and massive pickup trucks.  Maybe it's a way of compensating.

One would think that liberal men would have performance issues, given that liberal women try their utmost to be sexually unattractive, as evidenced by Hillary Clinton, Nancy Pelosi, and Elizabeth Warren.  It would be better to join a monastery then to be married to one of them, especially a monastery that brews beer.  But liberal men don't need the services of Dr. Arakaki, as they are over-sexed instead of under-sexed.  They can be accused of being sexual assaulters, molesters and harassers, but not of being Vienna sausages. Think of Bill Clinton, Charlie Rose, Harvey Weinstein, and of course, Anthony Weiner.

In addition to having performance problems, conservatives are lousy with money and fall for financial hokum—at least based on commercials on talk-radio.  There are scores of commercials for ways to get out of debt, for paying past-due income taxes, for applying for government free stuff, and for get-rich schemes.

But free money can't be found on the site.  Instead, although the fact is well camouflaged, the site is selling investments in oil and gas exploration companies that operate as limited partnerships.  Tax law requires the companies to distribute most of their profits to their investors, similar to how a Real Estate Investment Trust has to distribute most of its profits as dividends to investors.  But just like any other enterprise, the oil and gas exploration companies have to make a profit and stay in business to have any money to distribute.  Investing in them is just as risky as traditional investments.

Conservatives think of themselves as being more fiscally responsible than liberals.  No wonder the federal deficit keeps ballooning.

The word "freedom" is as seductive to conservatives as sexting is to Anthony Weiner. They pant when they hear the word, even as some of them are restricting freedom and stealing silverware.  And as Freedom Checks shows, if the word is used as an adjective to describe a product or service, they will buy it.

Unfortunately for their womenfolk, the panting doesn't lead to anything else.  Just ask Dr. Arakaki. 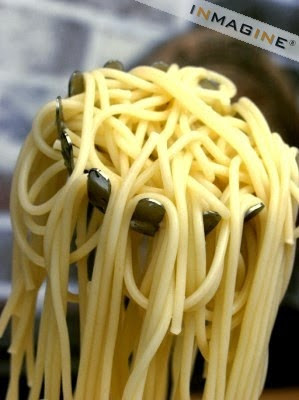 Disraeli is quoted as observing, "A man who is not a Liberal at sixteen has no heart; a man who is not a Conservative at sixty has no head." And right there is the basic reason that the manufacturers of noodle stuffing generally prosper more by marketing to conservatives rather than to liberals.