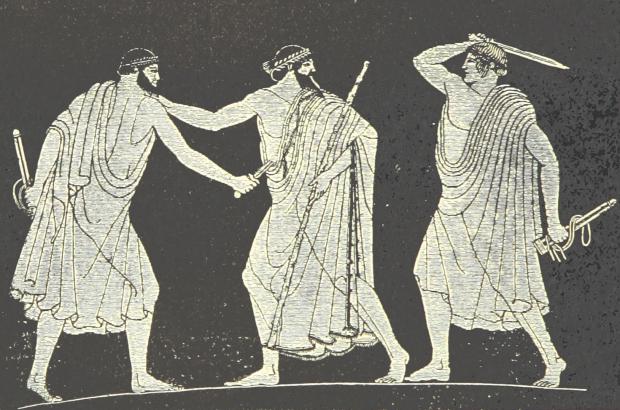 The State: "If it protects any at all, it does so only as a shepherd protects his flock. Not because he recognizes and respects the natural rights of the sheep, but only to keep them unmolested in his sole possession and control, until he finds it expedient to sheer or slaughter them."

Conservatives, 'liberals,' Republicans, Democrats, confused constitution lovers, and every political type, unite against me, for I have blasphemed the holy grail that is political worship. That worship is of the state as idolized by American nationalists who believe that this country is special, different than any other, and exceptional. We are better because we have a president instead of a king. We are unique because we have a republic, not a democracy. We are exceptional because we are the freest country on earth. God is on our side. Such pathetic gullibility, insane nationalism, and ignorance deserves no respect whatsoever, but it does require that the proletariat majority be made up of captured sheep. This fully indoctrinated population has been consumed by dependence on the state, and due to that dependence, irresponsibility,  and self-pity, the resulting character of this society is one of violence, immorality, and indifference.

Every ruler, every political class member, every form of government anywhere, consists of criminals of every ilk; relying on thievery, extortion, lies, deceit,  torture, war, and murder. The basis of all rule is one of a constant threat of harm or death for all those who challenge that rule. Dissenters cannot be tolerated in any system of governance, for non-compliance in the eyes of the state equals great risk to the monopoly of power held and wielded against the ruled by these totalitarian monsters. There are no good politicians, there are no good governments, as anytime one chooses to or accepts rule over another, only crime and immorality can result.

Will the Government Stop Income and Medical Care for Half the Population?