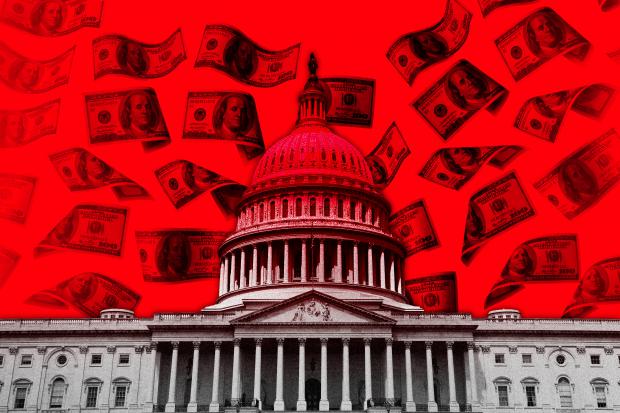 House Republicans are demanding that President Biden and Senate Democrats agree to include spending cuts with the debt ceiling increase. However, President Biden and the congressional Democrats are refusing to negotiate with Republicans. Rather, they and their allies in the mainstream media are lambasting Republicans for their "irresponsibility" in seeking to include spending cuts with an increase in the debt ceiling.

Government spending steals resources from the private sector. Thus, there is less capital available for private businesses to grow and create new jobs. Government spending also contributes to price inflation and the declining value of the dollar as the Federal Reserve monetizes the debt. One reason the Fed cannot allow interest rates to rise anywhere near where they would be in a free market is that it would cause the federal government's interest payments to rise to unsustainable levels. Considering these facts, it should be clear that the irresponsible ones are those who think the government should increase its credit limit without cutting spending.

This is not to say that establishment Republicans like House Speaker Kevin McCarthy are heroes of fiscal restraint. Rather, McCarthy, like most Republicans, objected neither to increased spending nor to debt ceiling suspensions when Donald Trump was president. Further, any Republican spending plan will likely continue increasing spending on the military-industrial complex while refusing to address the looming cost problems with Social Security and Medicare.

Government Spending Is The Problem! Abolish The IRS & The Fed!

Government Spending Is The Problem! Abolish The IRS & The Fed!