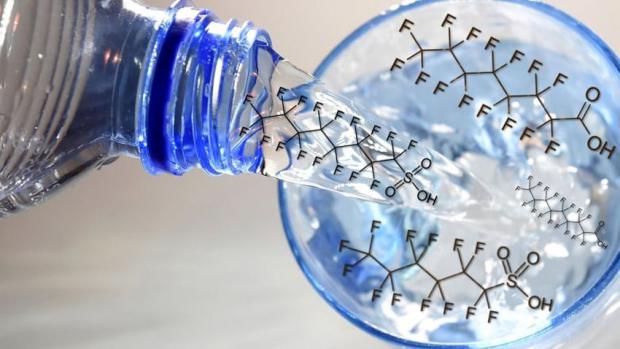 However, more recently PFAS chemicals have been linked to a concerning number of health problems, including increased risks of diabetes and liver cancer. Worse still, a recent study has found that their levels in rainwater almost everywhere on Earth exceed the EPA's guidelines, and to cap it all off, these stable molecules are very hard to break down, earning them the nickname "forever chemicals."

Now, researchers at the University of Queensland have developed a technique that could help remove PFAS chemicals from water. The team designed a solution called a magnetic fluorinated polymer sorbent which, when added to contaminated water, coats the PFAS molecules. This makes them magnetic, so then it's a relatively simple process to use a magnet to attract the pollutants and separate them from the water.

In tests with small samples of PFAS-laden water, the team found that the technique could remove over 95% of most PFAS molecules, including over 99% of GenX – a particularly problematic chemical – within 30 seconds.

Plenty of teams have investigated ways to break down PFAS, usually involving catalysts triggered by UV light or heat. Others have made use of hydrogen or supercritical water.

But the researchers on the new study say their magnetic solution has a few advantages over existing PFAS removal techniques. The solution itself can be reused up to 10 times, it can work much faster than others, and doesn't require any extra energy to trigger the reaction.