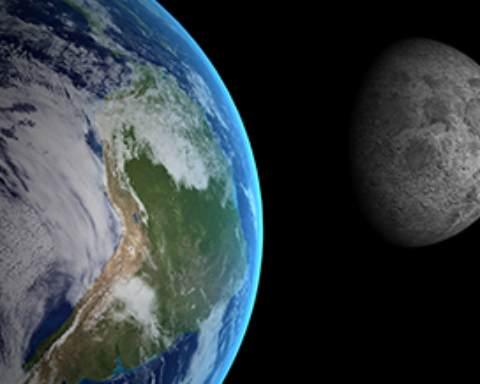 Space is about to get crowded with up to 100 lunar missions set to be launched within the next decade.

Far from being empty blackness, space looks to become busier than ever, surpassing the level of interest in the moon since the Cold War space race of the 1950s and 60s.

But rather than well known companies such as Jeff Bezos' Blue Origin or Richard Branson's Virgin Galactic taking part, who have so far launched rockets in low-Earth orbits, there are a host of several other nations and private companies that are planning missions to the Moon.

So many companies are lining up experts are predicting the area between Earth and the moon, specifically known as cislunar space, to become strategically important.

There is also concern that as the area becomes busier it could potentially lead to greater competition over resources and positioning, as well as geopolitical conflicts.

Both the US and China have ambitious lunar exploration programs in the works, with plans to land astronauts on the moon and build habitats and infrastructure in orbit.

In April 2021, NASA selected Elon Musk's SpaceX to develop a human landing system variant of its Starship vehicle to take astronauts to the lunar surface during NASA's Artemis-III mission.

As part of that contract, SpaceX will conduct an uncrewed demonstration mission to the Moon prior in the near future.

With the conclusion of Artemis I in December, attention will now shift toward SpaceX. NASA is relying on a version of Starship, the company's next-generation spacecraft that has not yet flown to space, to land astronauts on the moon.