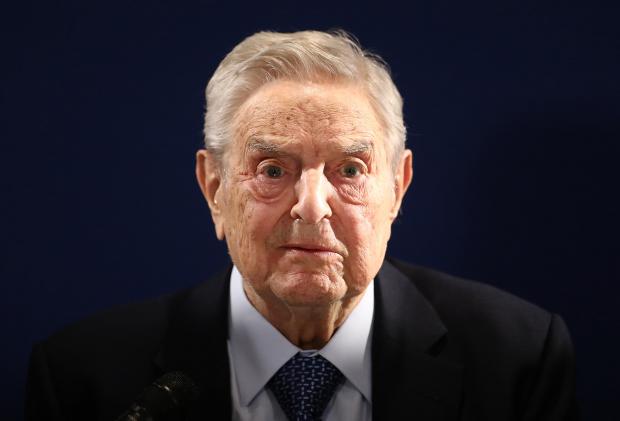 Billionaire George Soros has used his wealth to reshape America in his liberal vision by bankrolling campaigns for woke district attorneys across the country.

Over the years Soros has thrown millions behind liberal DAs - either with outright donations or funneled through political action committees - effectively buying elections and leading to the installment of at least 75 prosecutors who support his leftist agenda.

Soros has spent at least $40million on the project, wrote Matt Palumbo, author of The Man Behind the Curtain: Inside the Secret Network of George Soros, in the New York Post - a minuscule sum for a man worth at least $32billion.

The billionaire's DAs have stripped away bail laws and opted to forgo prosecuting crimes like theft and reckless driving, effectively giving criminals a free pass and leading to the breakdown of law and order across the United States.

As a direct result, crime has skyrocketed in major cities overseen by Soros's DAs. In 2021 under Kim Foxx's reign, Chicago had the most murders it's seen since 1994. And in Philadelphia, drug use and violent crime has seen a surge since Larry Krasner took office.

Soros, a Hungarian-born businessman, has long backed liberal politics. In the 2000s he was an outspoken opponent of President George W. Bush and donated millions to hinder his reelection, and later donated heavily to the presidential campaigns of Barack Obama and Hilary Clinton.