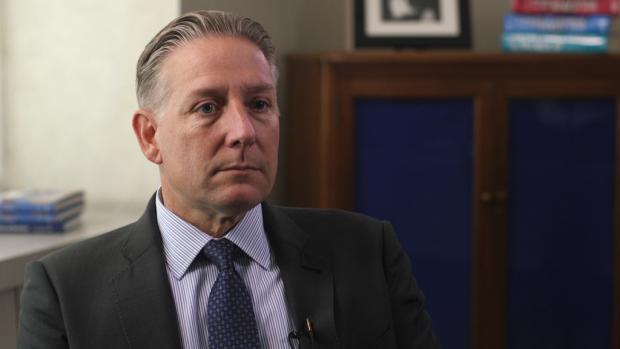 "Charles McGonigal, the former Special Agent in Charge of FBI's Counterintelligence Division in New York, who retired in 2018, is accused of violating U.S. sanctions by agreeing to provide services to Oleg Deripaska, a sanctioned Russian oligarch. He is charged alongside Sergey Shestakov, a former Soviet and Russian diplomat who later became a U.S. citizen and a Russian interpreter for courts and government offices, through a five-count indictment unsealed in Manhattan federal court Monday," Fox News reported.

"McGonigal and Shestakov both were arrested Saturday. The indictment is a rare move by federal prosecutors to bring charges against a senior former FBI official before a federal grand jury. Though not referenced in or related to the indictment, McGonigal, while serving as chief of the cybercrimes section at FBI headquarters in Washington, D.C., was one of the first bureau officials to learn of allegations George Papadopoulos, a campaign adviser for Donald Trump, boasted that he knew Russians had dirt on Hillary Clinton, launching the investigation into alleged Russian election interference known as Operation Crossfire Hurricane," the outlet added.

McGonigal and Shestakov "both previously worked with Deripaska to attempt to have his sanctions removed, and, as public servants, they should have known better," U.S. Attorney for the Southern District of New York Damian Williams said in a statement. "This Office will continue to prosecute those who violate U.S. sanctions enacted in response to Russian belligerence in Ukraine in order to line their own pockets."