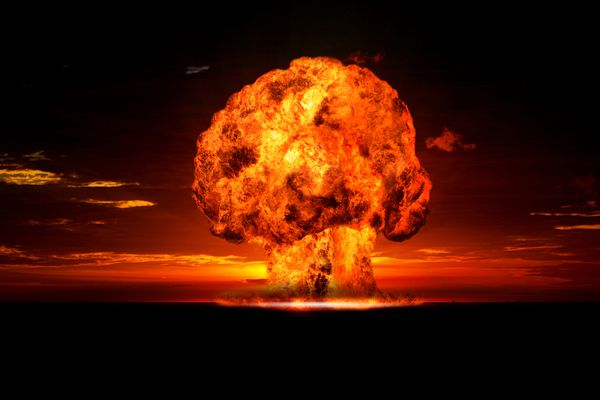 Supporters of the US empire have spent months posting dog memes and accusing strangers of being paid by Putin. It's clear who's in the right.

So does everyone else in the world get a vote on whether their lives should be risked in an offensive to control who governs Crimea? Or will the Biden administration just be making that call on behalf of all living creatures?

The US empire is telling Moscow "I'm the craziest motherfucker around, I'll keep ramping up the brinkmanship looking you right in the eye and daring you to use nukes," while telling the rest of the world "I am the voice of sanity that you should all look to for leadership."

One of the empire's faces is the virtuous upholder of freedom and democracy, while the other face puts on an intimidating show of viciousness like a prisoner biting off someone's cheek in the prison yard. At least one of those faces is necessarily lying.

Literally the only reason mainstream westerners are fine with the US empire's nuclear brinkmanship with Russia is because most don't understand it, and those who do understand it don't think very hard about it. They avoid contemplating what nuclear war is and what it would mean.