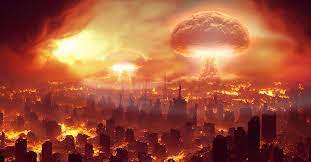 Citing unnamed US officials, The New York Times says "the Biden administration does not think that Ukraine can take Crimea militarily," but that "Russia needs to believe that Crimea is at risk, in part to strengthen Ukraine's position in any future negotiations."

It's hard to imagine a full-scale assault on geostrategically crucial territory long considered a part of the Russian homeland not causing a major escalation. And as Antiwar's Dave DeCamp notes, smaller attacks on Crimea have indeed seen significant escalations from Moscow, contrary to claims laid out in the NYT article:

The New York Times report quoted Dara Massicot, a researcher from the RAND Corporation, who claimed that "Crimea has already been hit many times without a massive escalation from the Kremlin." But Massicot's claim is false as Russia began launching missile strikes on vital Ukrainian infrastructure in response to the October truck bombing of the Crimean Bridge.