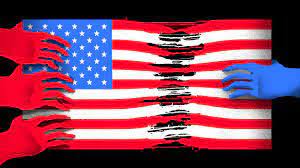 During the past few months, we have learned that the major credit card companies have begun to record transactions at gun shops so as to enable the feds to learn the identity of patrons. These are lawful gun shops selling lawful products to lawful purchasers. The credit card records do not reflect precisely what was purchased — it might have been $2,000 for a gun safe or for gun safety lessons — but they do record the purchase amount and the contact information of the purchaser.

The problem here comes about when the FBI and Bureau of Alcohol, Tobacco, Firearms and Explosives come calling with their so-called National Security Letters in order to find out who is purchasing what. The George W. Bush-championed Patriot Act of 2001 — the most horrific congressional assault on personal liberty since the Alien and Sedition Acts of 1798 criminalized dissent — permits federal agents to bypass the search warrant requirement of the Fourth Amendment when they want private records that are in the hands of a custodian.