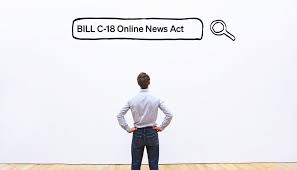 The longstanding debate over whether Bill C-18, the Online News Act, requires payment for linking came to an end yesterday. Government officials admitted that even basic quotes from news articles that include a hyperlink to the original source would scope user posts into the law and require platforms such as Google and Facebook to negotiate payment for the links. As noted below, even that position may understate the impact of the bill, which appears to also cover a user post of a news quote without a link. In other words, merely quoting a few sentences from a news article on an Internet platform is treated as making news content available, which triggers a requirement for the platforms to negotiate payment. This position runs counter to Canada's copyright obligations under the Berne Convention and has no place in a country committed to freedom of expression.

The effort by the government and Bill C-18 supporters to downplay or deny the issue of payment for links has been shameful, particularly since it is has been readily apparent for months that payment for links are a foundational element of the proposed legislation. I've argued that this element represents a serious threat to freedom of expression, but yesterday's exchange cast the issue in an entirely new light. Rather than focus specifically on the link, the question and answer exchange between Conservative MP Rachael Thomas and Heritage official Owen Ripley placed the spotlight on the basic expression rights of Canadians and the stunning over-breadth of Bill C-18.

This where the government is at with Bill C-18. A Canadian can post a quote from a news article on their Facebook page, but if they include a link to the source article, there would be a requirement for the platform to negotiate mandatory payment for linking. pic.twitter.com/8dt618rHaQ