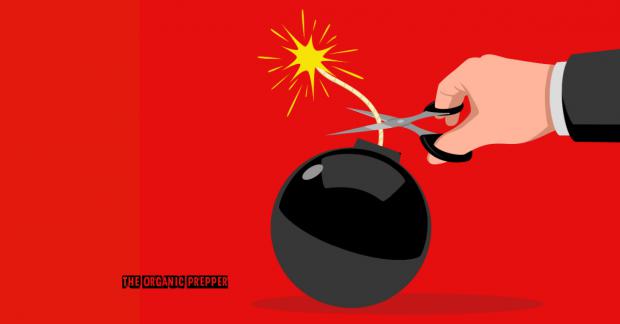 There's a lot of talk within the Preppersphere about how you're to interact with other people who are "outsiders" in a collapse type of environment. It's the Golden Horde discussion. I want to give a bit of my two cents on some of that, particularly when it comes to diffusing heated situations. And let's put off some of the big ticket items like an EMP or nuclear war this time and instead think about a hurricane, two-week power outage, dam rupture, or something of the like.

Let's say one of those types of situations has happened – some type of massive natural disaster – and it has led to there being a lot of angry, hungry, desperate people around you. I don't think this is too hard to imagine.

I don't know if you remember this or not, but there's a scene in James Wesley Rawles' Patriots where two groups of people are meeting each other under these types of circumstances. Neither group knows anything about the other, they've both been through a lot, and neither really has much reason to trust the other.

I think this is a perfect example of what people see in disaster situations.

Consider being trapped on the interstate overnight during winter conditions. Rachel detailed how people began to get out and talk with each other. They were hungry, cold, scared, and desperate. When you combine all of this together, you have a powder keg that's ready to explode.

People already get into fist fights on Black Friday (traditionally) because of a shortage of TVs. How will things be when there's a shortage of food?

The High Drama of Self-Discovery: What Are You Made Of?

The truth about the matrix is...

They knew: why didn't the unvaccinated do more to warn us?

Fireside Chat Ep. 272 -- Should Your Conscience Be Your Guide?

Planting a Garden in Your Mind