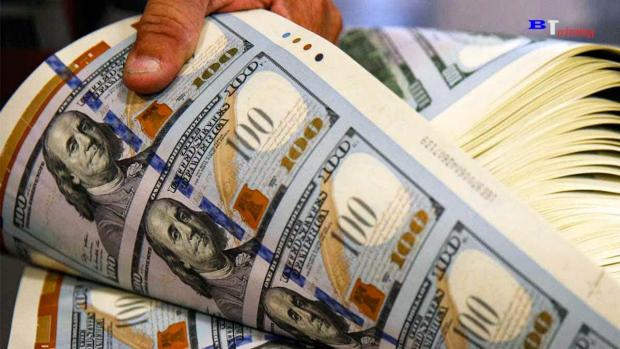 The recurring term is frequently offered by mainstream economists as the go-to explanation for record inflation, while the Biden Administration has seemingly twisted it into a sign of economic recovery. Commerce Secretary Gina Raimondo states,

"What we have here is a demand issue. The economy is doing better… People have money in their pocket. They're spending that money. Demand is through the roof… Supply has to catch up."

Although Raimondo said this back in October 2021, inflation has only worsened from an annual rate of 6.2 percent to 7.7 percent more than twelve months later, leading one to wonder if the Secretary is right that inflation is a matter of supply chains adjusting to an increase in wealth. Yet as it turns out, in the words of the Mises Institute's Ryan McMaken, "the administration's defenders are right about consumer demand and spending – even if for the wrong reasons."

That is, although we're indeed witnessing a large spike in demand (which is perhaps best quantified by changes in nominal GDP), this increase in demand is a symptom of a larger problem: the massive expansion of the money supply under the watch of the Federal Reserve and the White House. The implications of this unprecedented expansion are two-fold, not only stirring this increase in "demand" but contributing to supply chain issues through the distortion of price signals.

The Money Supply and Demand

With state governments responding to the rise of Covid-19 by imposing lockdowns and forcibly closing "non-essential businesses," both the Fed and the Trump and Biden Administrations stepped in with an extraordinarily expansive monetary and fiscal policy, respectively.

The Chicken and the Egg: What to Do as Supply Chain Problems Keep Getting Worse