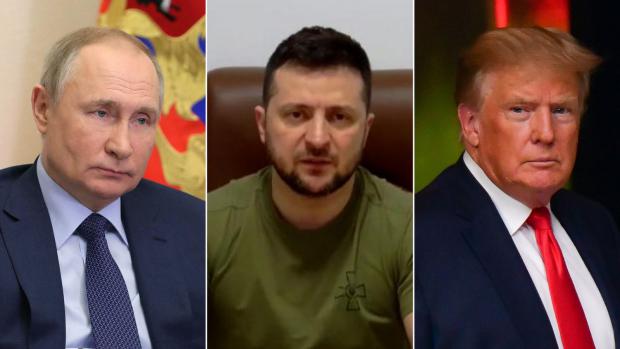 The real issue is why the GOP should be saved, with people like Bill Barr in it. Barr was an Attorney General under Trump who failed to do his job. He didn't investigate Hunter Biden and dismissed evidence of substantial vote fraud in the 2020 election.

The New York Post broke the Hunter Biden laptop story, but is now under orders from owner Rupert Murdoch to burn down Trump's 2024 presidential bid.

You can't trust the New York Post anymore. It should be burned to the ground, not Trump's campaign.

At the same time, another faux friend of the former president is now clamoring for "American greatness," through a Texas conference hosted by John Solomon. The Heritage Foundation was the "conservative" group that foisted Mark Esper on Trump, selling him as a conservative.  Now it's sponsoring a series of programs for "American Greatness."

In my column, "The Traitors, Dopes, Dupes, and Globalists Around Trump," I noted that Esper became Defense Secretary under Trump and was a former Chief of Staff at the Heritage Foundation. He opposed the use of the Insurrection Act to bring law and order to our burning cities, and pursued his own brand of "diversity and inclusiveness" in the Armed Forces. He then wrote an anti-Trump book, ironically titled "A Sacred Oath."

Trump on kids' transgender surgeries: 'Under my leadership this madness will end'