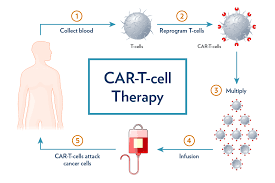 Four female patients and one male whose lupus had been untreatable were given an infusion of genetically-engineered immune cells called T-cells, which attacked another group of cells that do the damage in lupus patients, sending all five into remission.

Lupus is an autoimmune disease, meaning the autonomic immune system begins attacking the body. In the case of lupus, defective immune cells called B-cells produce autoantibodies which attack the patient's own cells rather than hostile pathogens.

It can cause a large variety of symptoms as varied and mild as fatigue, and as serious as organ damage and failure.