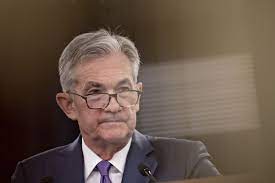 When Barack Obama was in the White House and Democrats controlled Congress for his first two years in office, they passed a bill dubbed "Obamacare" that was the first step toward giving federal government bureaucrats complete control over Americans' health care.

Since all Americans require medical care during their lives, the move was seen by critics as the ultimate authoritarian move; after all, if the government controls all healthcare decisions, tyrannical government bureaucrats could then begin to dictate behaviors and reward or punish people based on behavior.

Now, the government is attempting yet another major authoritarian move: The creation of a "digital currency" with the endgame objective being to control behaviors through "programmable" money that can influence and/or block certain spending habits.