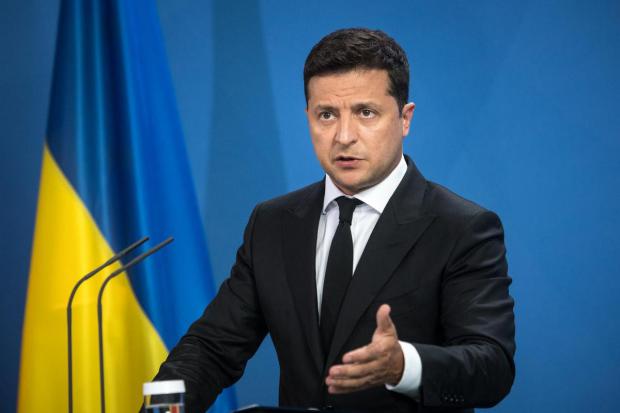 They are preparing to let go of Ukraine and to put the blame solely on Volodymyr Zelensky. As in Afghanistan, the awakening will be brutal.

Iwas talking to an open-minded leader of the European Parliament in Brussels ten days ago, and I listened to him tell me that the Ukrainian conflict was certainly complex, but that the most obvious thing was that Russia had invaded that country. I replied by observing that international law obliged Germany, France and Russia to implement resolution 2202, which Moscow alone had done. I continued by reminding him of the responsibility to protect the populations in case of failure of their own government. He cut me off and asked me: "If my government complains about the fate of its citizens in Russia and attacks that country, will you find that normal? Yes," I said, "if you have a Security Council resolution. Do you have one? » Disconcerted, he changed the subject. Three times I asked him if we could talk about the Ukrainian "integral nationalists". Three times he refused. We parted courteously.

The question of the responsibility to protect should have been nuanced. This principle does not allow for a war, but for a police operation, conducted with military means. That is why the Kremlin is careful not to refer to this conflict as a "war", but as a "special military operation". Both terms refer to the same facts, but "special military operation" limits the conflict. As soon as his troops entered Ukraine, Russian President Vladimir Putin made it clear that he did not intend to annex this territory, but only to liberate the people persecuted by the Ukrainian "Nazis". In a previous long article, I pointed out that, if the expression "Nazis" is correct in the historical sense, it does not correspond to the way these people call themselves. They use the expression: "integral nationalists". Let's remember that Ukraine is the only state in the world with an explicitly racist constitution.

The fact that international law gives Russia the upper hand does not mean that it has a blank check. Everyone must criticize the way it applies the law. Westerners still find Russia "Asian", "savage" and "brutal", even though they themselves have been far more destructive on many occasions.