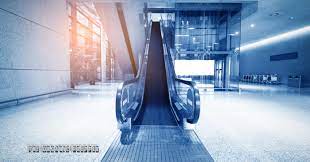 Usually, after the biggest shopping day of the year, I scour the internet for a montage of shocking videos for an annual Black Friday Hall of Shame. This year, there weren't enough badly behaved people to make an article.

Unfortunately, it's not because of a new era of civility. It's because nobody has the money to shop for Christmas, and if they do, they're not battling it out in person.

This is important because it solidifies what we in the Preppersphere and alternative media have said for years: an economic collapse like we've never seen before is coming.

Crowds were sparse at retailers on Friday.

According to Reuters, there was "no sense of urgency," no lines waiting to get into the stores, and parking lots were uncharacteristically easy to navigate at shopping centers.

How To Make Your Milk Cow (way more) PROFITABLE!!!

"This Is The First Domino":