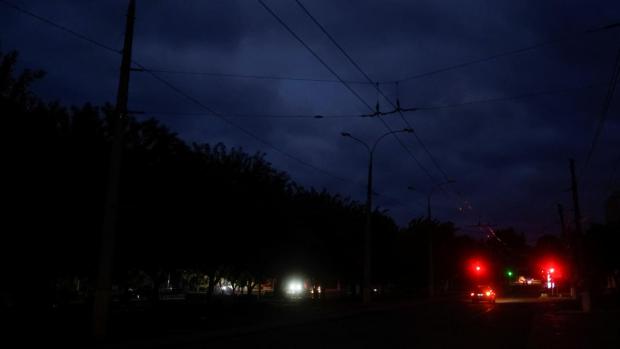 Sirens have been sounding throughout the day across the country.

President Volodymyr Zelensky in follow-up estimated that 10 million Ukrainians now lack access to electricity due to the attacks. "There are emergency shutdowns in addition to planned, stabilization ones," he explained. "The elimination of the consequences of another missile attack against Ukraine continues all day."

Casualties have been reported in the eastern cities of Dnipro and Zaporizhzhia, and at least one person has been reported killed in Kiev. Speaking of the renewed attacks on the capital, Mykhailo Podolyak, head of the Office of the Ukrainian President's office said, "A new massive attack on infrastructure facilities is underway."

He described, citing recent anti-air defense systems acquired from Western countries, "While someone is waiting for World Cup results and the number of goals scored, Ukrainians are waiting for another score – number of intercepted Russian missiles. A new massive attack on infrastructure facilities is underway. In NASAMS, IRIS-T and Air Defense Forces we trust."

Kiev's mayor, Vitali Klitschko, issued an emergency message on social media warning that ongoing Russian strikes are "Hitting one of the capital's infrastructure facilities. Stay in shelters! The air alert continues." Also alarming is that the mayor in a follow-up message said that water services have been suspended in Kiev after the major strikes.

While it's not the first time that some war-hit parts of Ukraine have been left without electricity and water, the country is now in an extremely dire and urgent phase, having already seen an estimated half its national power infrastructure degraded or destroyed. Temperatures are quickly dropping, with the capital having witnessed its first snow earlier this month.

Several units were shut down at the Pivdennoukrainsk nuclear power plant in southern Ukraine due to a loss of power during Russian air raids across Ukraine, Ukraine's nuclear energy firm Energoatom said.

An Energoatom spokesperson said, "Everything is fine with the station. There is nowhere to generate electricity."