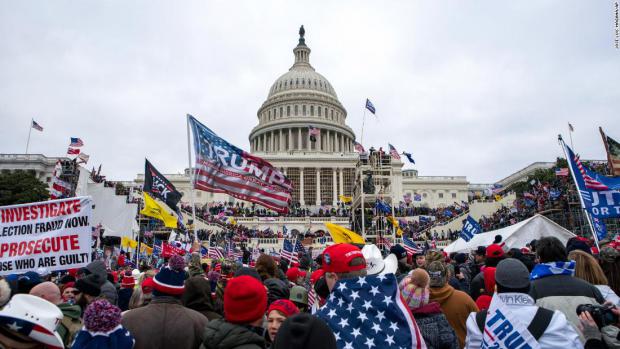 We know, we know. It's hard to believe since the FBI is such a beacon of integrity and truth and always has been (just ask the Rev. Dr. Martin Luther King, Jr.).

After almost two years of gaslighting the American public and holding Joe Biden's political enemies in solitary confinement in the disgusting DC jail for misdemeanor trespassing, the left has decided that it's finally safe to mention that the fun and games at the Capitol on January 6 was instigated by the FBI.

Most of us have suspected that January 6 was an inside job by the feds since the day it happened. There was plenty of evidence from the very beginning. We've all heard about Ray Epps by now. He was the MAGA hat-wearing dude that told people to go INTO the Capitol on January 6th.

At one point, Epps threw a giant MAGA flag on top of some cops in what should have garnered multiple charges of assaulting an officer – a charge that seems more serious than "parading through the Capitol."

Epps was initially on the FBI's most wanted list after the attack. But as soon as he was identified by internet sleuths, who suspected that Epps was a fed, Epps' name was taken off the wanted list.

The FBI has never answered any questions from Republicans in Congress who have asked about Ray Epps. Ray Epps has never been charged with a crime, despite inciting violence at the Capitol and attacking police officers. If he's not a fed, then what gives?

IT'S HAPPENING: They're After Tucker NOW