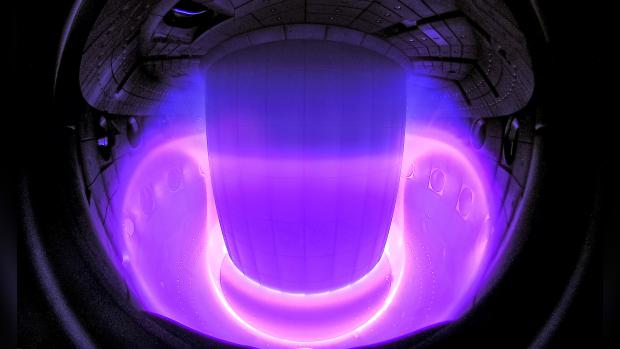 Scientists who are working toward the dream of nuclear fusion, a form of power that could potentially provide abundant clean energy in the future, have discovered surprising and unexplained behavior among particles in a government laboratory, reports a new study. The results hint at the mysterious fundamental physics that underlie nuclear fusion reactions, which fuel the Sun and other stars.

Researchers at the National Ignition Facility (NIF), a device at the U.S. Department of Energy's Lawrence Livermore National Laboratory (LLNL), recently celebrated the milestone of creating what's known as a "burning plasma," which is an energized state of matter that is mostly sustained by "alpha particles" created by fusion reactions. The NIF has also reached the threshold of producing "ignition," meaning fusion reactions that are self-sustaining, which is a major breakthrough, though it will likely still take decades to develop a fusion reactor—assuming it is possible at all.

Now, a team led by Ed Hartouni, a physicist at LLNL, has revealed that particles inside burning plasmas have unexpectedly high energies that could open new windows into the exotic physics of fusion reactors, which "could be important for achieving robust and reproducible ignition," according to a study published on Monday in Nature Physics.

"This is a new regime of plasma; NIF diagnostics have made it possible to study these things in ways we couldn't do before," said Hartouni in a call with Motherboard that also included study authors Alastair Moore, a physicist at LLNL, and Aidan Crilly, a research associate in plasma physics at Imperial College London. "We're able to see things at a level that we hadn't been able to see before, and there are surprises with these plasmas in an actual laboratory."

"It's a really exciting time for us to finally have an almost-igniting facility and experiments to understand this physics that we haven't really been able to understand before and begin to get to the point where we can think about what a future fusion facility might look like," added Moore.