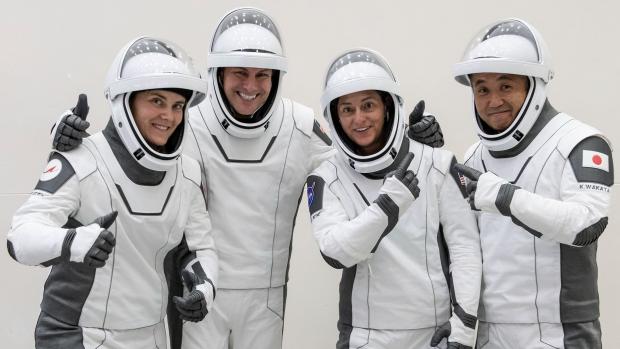 SpaceX's Crew-5 astronaut mission is still on target to launch Wednesday (Oct. 5), though there are a few caveats.

NASA and SpaceX teams held a launch readiness review (LRR) today for Crew-5, which is scheduled to lift off from Pad 39A at Florida's Kennedy Space Center (KSC) on Wednesday at noon EDT (1600 GMT).

That remains the plan, for today's review identified no serious issues with Crew-5's Falcon 9 rocket, Dragon capsule or any other aspect of the mission. Teams are still working on three open issues, but both SpaceX and NASA expressed confidence that all of them will be cleared up relatively quickly.

"We had a good LRR," Steve Stich, manager of NASA's Commercial Crew Program, said during a press conference this evening. "We are proceeding toward launch on Wednesday."

One of the open issues involves a thrust vector control actuator for one of the nine Merlin engines that power the Falcon 9's first stage. The actuator, which helps control the direction of the engine's thrust, behaved abnormally during a static fire engine test that SpaceX performed over the weekend, Stich and others said during this evening's briefing.

The second issue is a communications problem that affects the station-keeping ability of Just Read the Instructions, the autonomous SpaceX droneship on which the Falcon 9's first stage will land shortly after Crew-5's liftoff. The third issue is a leak with the Dragon capsule's portable fire extinguisher.

Meteorites May Have Brought Water to Earth and Mars