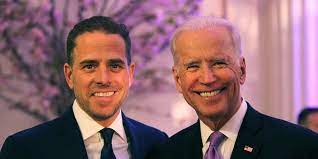 Just weeks before the 2020 presidential election, the New York Post ran a story about Hunter Biden's overseas business dealings in Ukraine and China, which was promptly dismissed as dubious by mainstream media outlets and suppressed on social media platforms.

At the time, 51 former intelligence officials signed a letter claiming that the New York Post's story had "all the classic earmarks of a Russian information operation." In an interview with Breitbart, Jordan said that he wants to know on what intelligence the 51 former officials based their letter.

"We had 51 former intelligence officials tell us that this was Russian disinformation. We had the FBI sit down with Facebook and say, 'Hey, be careful, wink wink. We think there's Russian disinformation.' … All that was done to suppress that story, which had an impact on how people voted in the most important election we have, the election for president of the United States," Jordan told Breitbart.

"Did someone from The New York Times tell them something?

Chaos Breaks Out As Reporters Ask Fauci About COVID Origins