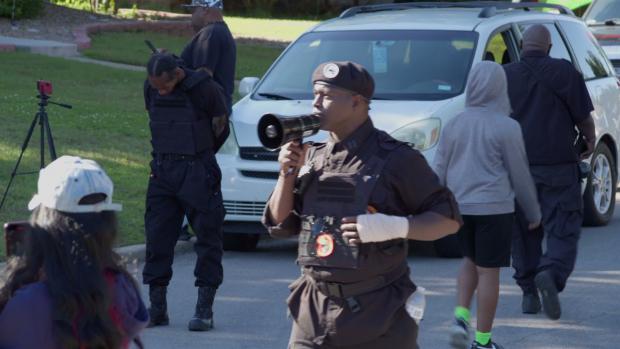 "Immigration, we don't want none! Get your ass home!"

When the marchers reached their destination, they found themselves occupying a space adjacent to the Southern Patriot Council, led by an oft-denounced figure named Eric Braden. The latter group was protesting on behalf of the January 6th defendants. In the above scenes, we see Braden meeting and engaging Elmer Geronimo Pratt leader Nick Bezel. The two briefly seemed to agree on the issue of reparations.

"Let me ask you something," said Bezel. "Do you believe black people should receive reparations for what our ancestors did to build the wealth of this nation, when we were promised restitution — forty acres and a mule — only to have it taken away?"