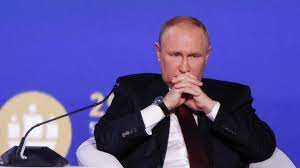 Yesterday saw stocks slump and key bond yields rise slightly, the US dollar remain on the back foot, and commodities --or at least oil-- fail to go anywhere. We also got some market-moving events and statements: we just haven't seen the matching moves happen yet.

Russia announced it will annex parts of Ukraine today. This will then introduce a global split between the likely small number of states that will recognise this decision, given the doors it opens to other contested borders being changed by force, and the entire western world, which will reject the move. Then we find out what Russia will do when it is "sovereign Russia" that is being attacked. Risk is unlikely to be on as a result, especially into a weekend.

Far from unrelated, the EU saw major developments in its energy crisis. Even if the Twitterfication of it might have been unfairly reductive, how about: "EU official: President of the EU Council Michel believes the EU needs to tackle high gas prices and electricity prices; it's up to the experts to figure out the details." Such royal hand-waving unlinked to how reality works is how we got into this mess in the first place. But things were figured out. Not, as former BOE Governor Carney said of the UK, a needed rush for nuclear power. Rather, Germany --where inflation hit 10.9%, and the government warned the energy crisis is becoming a broader social crisis-- offered a EUR200bn "protective shield" to keep the price of electricity down.