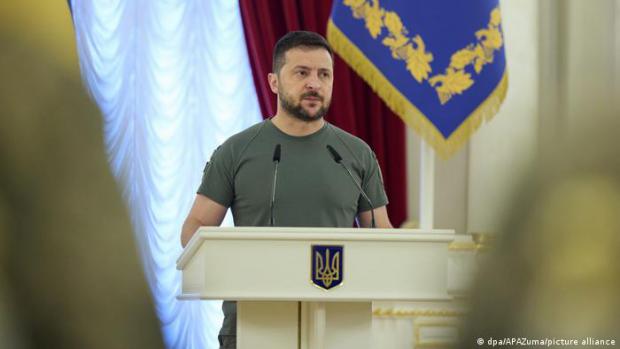 "The United States gives us $1.5 billion every month to support our budget to fight," said Zelenskyy, and added that there is "a deficit of $5 billion in our budget," as if the US, with a staggering deficit problem of its own, is somehow responsible for propping up the neo-Nazi infested "democracy."

Like most conmen, Zelenskyy will never be satisfied with the amount of debt (that is expected to be the responsibility to pay off for American children and grandchildren) incurred to shovel devalued dollars into the dark neo-Nazi hole that calls itself Ukraine.

Zelensky said, after revealing the astonishing $1.5 billion in aid on a monthly basis figure, "But believe me, it's not even nearly enough to cover the civilian infrastructure, schools, hospitals, universities, homes of Ukrainians. Why do we need this? We need the security in order to attract our Ukrainians to come back home."

You've Been Lied To

Is the Ukraine War a Money Laundering Scheme?

For As Long As it Takes

Reality on the Ground in Ukraine