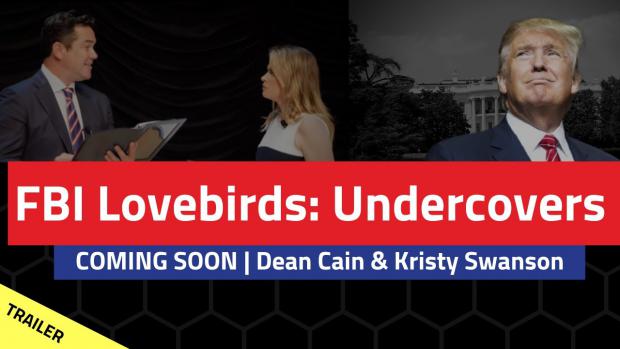 Dean Cain and Kristy Swanson are set to play the real-life FBI agents whose amorous and perceived anti-Trump texts were made public got one of them fired from the Mueller investigation in a new stage play by Gosnell writer-producer Phelim McAleer. FBI Lovebirds: UnderCovers will get a staged reading in Washington, D.C., next month that will be filmed and put on YouTube.

Cain plays Peter Strzok, who was having an extramarital affair with fellow Bureau staffer Lisa Paige (Swanson). Their text messages make up the play's narrative. In announcing the project, McAleer said, "It is a 100 percent verbatim script constructed out of the secret texts from Peter Strzok and Lisa Page (aka the FBI Lovebirds) and I have included their closed-door testimony to the congressional committee that was investigating them."

The reading will be staged June 13 at the Mead Theatre. McAleer is crowdsourcing the funding.

"It's an amazing script of Page and Strzok texting like juvenile lovers in between vile anti-Trump texts and them planning to investigate him as an 'insurance policy' in case he gets elected," McAleer said in a statement. "It's clear when you see and hear the texts and their lame defenses when questioned about them that they were determined to stop the Trump presidency by any means necessary."

He added: "It's really important that the world knows the truth about the Russia Hoax and just what they were saying. Strzok and Page talked about how they were going to stop Trump from being president; 'We will stop it,' said Strzok in a text to Page. Then shortly afterwards they launched the 'Russia investigation.'"