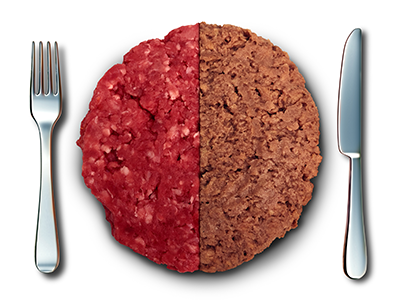 Data from Information Resources Inc. (IRI) revealed that synthetic meat sales had dropped 10.5 percent as of Sept. 4, compared to the same period last year. IRI's revelation contrasted a report by the Plant Based Foods Association, which showed that sales in the fake meat industry rose by 27 percent.

Many factors are to blame for the steady decline of fake meat sales.

According to IRI fresh food specialist Jonna Parker, consumers who may have opted for an alternative protein source will now just buy real meat as it is more affordable. With inflation hitting Americans' budgets, shoppers have become less willing to pay a premium for meat analogues.

Meanwhile, representatives from consultancy company Deloitte pointed their fingers at the "perception problem" hounding the fake meat industry. A survey conducted by the company in July found a decline in the belief that plant-based meat is healthier and more environmentally sustainable than meat from animals.

Aside from this, the Deloitte analysts cited growing cultural resistance to the "woke" status of fake meat. They remarked that such resistance is also present among those seeking to reduce their consumption of red meat.

A LifeSiteNews op-ed from June 2022 revealed that some fake meat products use fetal bovine serum (FBS) as a base material. FBS, which is harvested from the fetuses of cows, is used to culture fake meat as its growth factors that prevent cell death make it ideal for growing any cell.

Given this revelation, the op-ed shot down any claims of fake meat being ethically manufactured as "false advertising." It ultimately remarked that consuming cultured meat is basically "eating food made from an animal that was sacrificed before it was even born."

Life in the Slow Lane