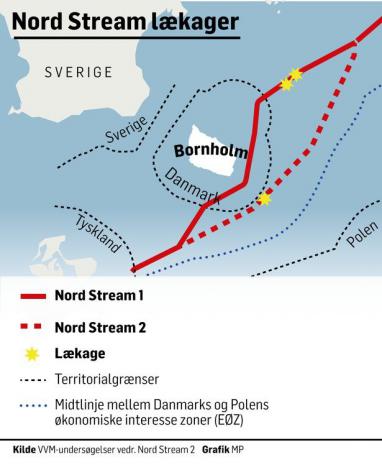 The leaks are massive

Indeed "leak" does not seem like the right word.

The sites are 75 kilometers apart just outside official Danish territory.

Euronews –– Swedish national broadcaster SVT reported that national seismologists had registered "two clear explosions" around the area, first at 2:03 AM and then at 7:04 PM (CET) on Monday.

Hours after the explosions, coincidentally, Gazprom also warned that one of the two remaining major pipelines to Europe was at risk due to a legal dispute over fees. Gazprom was refusing to pay a transit fee that the Ukrainian energy firm said it was supposed to pay.

At this stage everyone is saying the leaks are sabotage, but no one is claiming to know anything for sure. The US government has said it is 'ready to provide support' to Europe.

So, below, this is quite an awkward flashback, to say the least. It's from February when Joe Biden was trying to talk Russia out of invading Ukraine:

Biden: "If Russia invades…then there will be no longer a Nord Stream 2. We will bring an end to it."

Reporter:— "But how will you do that, exactly, since… The project is in Germany's control?"

How Would a Nuclear EMP Affect the Power Grid?