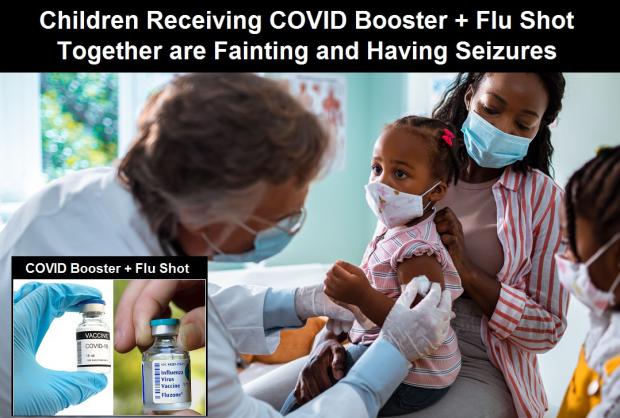 Prior to the COVID-19 plandemic in 2020, the yearly influenza vaccine was the most dangerous vaccine in the United States in terms of injuries and deaths recorded in the Government VAERS (Vaccine Adverse Events Reporting System) database.

When the world was told that a deadly new virus had arrived in 2020, the flu basically disappeared, as there just were not enough people dying to inflate both influenza deaths and COVID deaths.

According to the CDC, here are the total amount of flu deaths during the the 5 years preceding 2020:

These were of course "estimated deaths" that the CDC calculated each year, and we have documented many times during those 5-years that these numbers were greatly inflated in order to scare the public into getting the flu shot each year.

One in Every 500 Small Children Who Receive the Pfizer Vaccine are Hospitalised By It, Study Finds