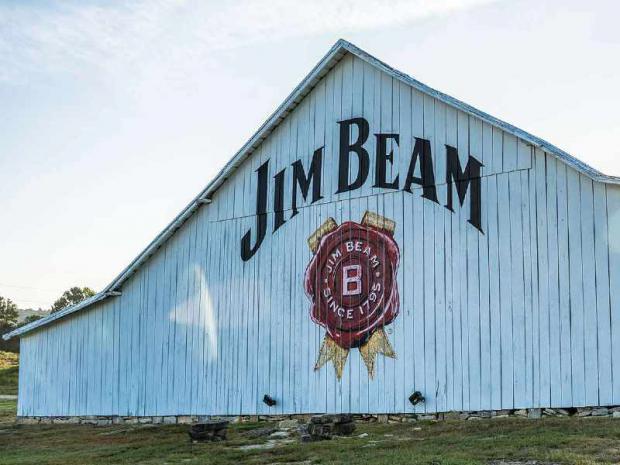 In order to meet the growing demand for whiskey, Jim Beam is going to increase capacity by a whopping 50% at its Booker Noe distillery in Boston, Kentucky while also reducing its greenhouse gas emissions by the same percentage. A recent press release from Jim Beam and its Japanese parent company Suntory announced a $400 million investment in a renewable biogas system. "This expansion will help ensure we meet future demand for our iconic bourbon in a sustainable way that supports the environment and the local community that has helped build and support Jim Beam," CEO Albert Baladi said.

Beam Suntory is building its renewable biogas facility 36 miles south of Louisville, Kentucky. The facility, which will be built across the street from the Booker Noe distillery, will use otherwise wasted byproduct (known as 'spent stillage') from the whiskey-making process to be converted into fuel through the use of "digesters." The result is a so-called 'renewable natural gas' that will be piped right back into the distillery in a sustainable closed-loop system. The digesters will also produce a high-quality, low-cost fertilizer which Beam Suntory says they will make available to local farmers, "thereby supporting sustainable and regenerative agricultural practices."

Renewable natural gas is an industry term for a biogas that has been upgraded to be used in place of fossil fuels. It's often seen as a "bridging fuel" which diverts methane and carbon emissions by making use of waste products, allowing entities like Beam Suntory to lower their carbon footprint without totally revamping their infrastructure. As such, biofuels are a lower-emissions stepping stone between our current carbon-based economy and a future energy landscape that won't revolve around fuels that emit any greenhouse gasses whatsoever. Biomethanes and biogases such as the 'renewable natural gas' to be produced for Jim Beam have much lower carbon dioxide and methane emissions than standard natural gas, but their emissions are not null – in fact, they are underestimated.

US Coal Prices Soar Above $200 Amid Energy Crunch

Russia Is Flaring Less And Keeping Natural Gas In The Ground

How This Fusion Reactor Will Make Electricity by 2024

As underwater gas pipes explode, ponder that a third of UK gas comes from an underwater pipe