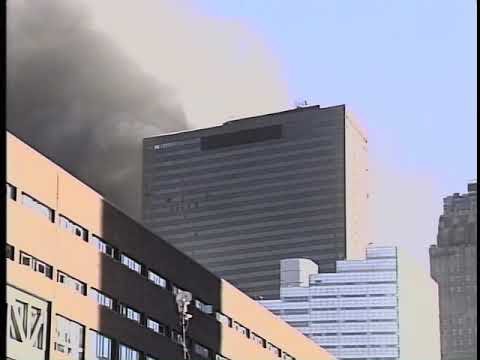 79-year-old retired CIA agent, Malcom Howard, has made a series of astonishing claims since being released from hospital in New Jersey on Friday and told he has weeks to live. Mr. Howard claims he was involved in the "controlled demolition" of World Trade Center 7, the third building that was destroyed on 9/11.

Mr. Howard, who worked for the CIA for 36 years as an operative, claims he was tapped by senior CIA agents to work on the project due to his engineering background, and early career in the demolition business.

Trained as a civil engineer, Mr. Howard became an explosives expert after being headhunted by the CIA in early 1980s. Mr. Howard says has extensive experience in planting explosives in items as small as cigarette lighters and as large as "80 floor buildings."

The 79-year-old New Jersey native says he worked on the CIA operation they dubbed "New Century" between May 1997 and September 2001, during a time he says the CIA "was still taking orders from the top." Mr. Howard says he was part of a cell of 4 operatives tasked with ensuring the demolition was successful.

Mr. Howard says the World Trade Center 7 operation is unique among his demolitions, as it is the only demolition that "we had to pretend wasn't a demolition job". He claims he had no problem going through with the deception at the time, because "when you are a patriot, you don't question the motivation of the CIA or the White House. You assume the bigger purpose is for a greater good. They pick good, loyal people like me, and it breaks my heart to hear the shit talk."

They Hated Us for Our Freedoms, So We Enslaved Ourselves

Tulsi Gabbard suggests there is a rising domestic threat in America

We're Now Witnessing The Results Of All That Missing Money Hidden By 9/11 Attacks:

The FBI's Own Committee Of Special Agents Had Complaints Of FBI's Politicization...

Brainwashed for War With Russia

Anti-Russia? Try this on for size

Gina Carano says she was fired for refusing to beat to Hollywood's drum: They came after me so h

Does Your Mobile Phone Carrier Watch You?

They're Coming For ME! - And Want My T-Shirts Banned!

Wake Up Call with LD from Grand Theft World