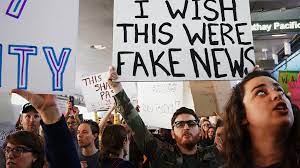 The United Nations recruited 110,000 "digital first responders" during the pandemic to battle "misinformation" on social media platforms and internet forums, according to the global body's communications director.

The U.N.'s Melissa Fleming made the disclosure in an October 2020 episode of a World Economic Forum podcast called "Seeking a Cure for the Infodemic." But Fleming's remarks resurfaced Thursday on Twitter.

On Wednesday, the Facebook and Instagram accounts of Robert F. Kennedy Jr.'s Children's Health Defense Fund were shut down, the Gateway Pundit reported. CHD has filed a lawsuit against the parent company Meta that charges Facebook has colluded with the Centers for Disease Control and Prevention to censor COVID "misinformation."

Gina Carano says she was fired for refusing to beat to Hollywood's drum: They came after me so h

They're Coming For ME! - And Want My T-Shirts Banned!