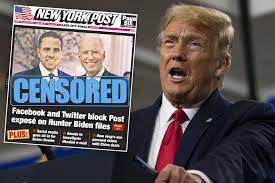 Famous "new atheist" philosopher and writer Sam Harris said the quiet part out loud in an interview, contending the "left-wing conspiracy" to cover up the damning evidence against Joe Biden in his son's laptop was "warranted" because it prevented Donald Trump's reelection as president.

"Hunter Biden literally could have had the corpses of children in his basement, I would not have cared," said Harris in an interview released Wednesday.

"There's nothing, it's Hunter Biden, it's not Joe Biden," he said, dismissing the evidence that the president profited from deals with the likes of the Chinese Communist Party energy firm at the center of Xi Jinping's effort to spread Beijing's power globally, and Russian and Ukrainian oligarchs.

"Whatever the scope of Joe Biden's corruption is ... it is infinitesimal compared to the corruption we know Trump is involved in. It's like a firefly to the sun," he said.

Corporate America Is Controlling You and You Need to Know

The Flight to Mexico