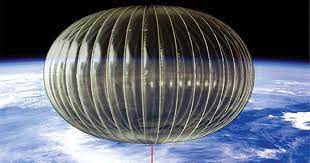 On August 10, defense contractor Sierra Nevada announced it will provide high-altitude balloons to the United Kingdom, where the Ministry of Defense will experiment with using the balloons as communications relays and surveillance platforms. The balloons are part of the Ministry's "Project Aether" and a demonstration of the technology under the contract is expected later this year.

The high-altitude balloons are an attempt to solve a tricky problem in war. When a military goes into combat against a new foe, it does so without existing communication infrastructure, and without an innate awareness of the area in which it is fighting.

In the solicitation for Project Aether, posted December 2021, the Ministry outlines an ambitious set of goals for the uncrewed comms system ultimately selected. The chosen solution, be it a drone or balloon or something else, should be able to be "rapidly manoeuvred to any area of interest in the world to provide ultra-persistent wide-area communications in addition to Intelligence, Surveillance and Reconnaissance."

Not only will Project Aether produce a flying redeployable communications relay and scout, it must be capable of transmitting the information it collects in near real time, in data formats that can be used by existing systems aboard ships, planes, and carried by soldiers in the field. And whatever scout and relay is chosen, it "must be on task for several months at a time with minimal resupply or maintenance effort."

Is it Time to Dissolve the British Commonwealth?

BULLETIN: THOUSANDS OF SOLDIERS DEPLOYING ON STREETS OF LONDON

Could the War in Ukraine Have Been Stopped?