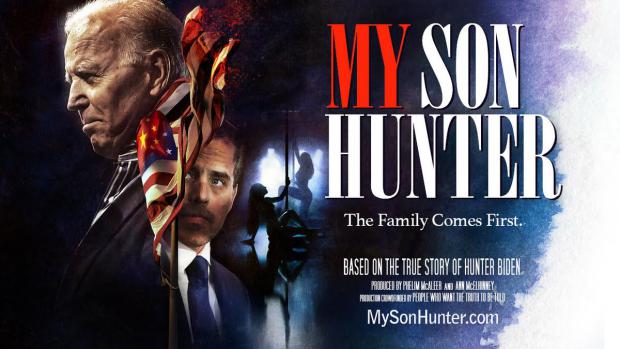 Breitbart is announcing its first foray into scripted entertainment with My Son Hunter, directed by Robert Davi (Licensed to Kill, Die Hard, Goonies) and starring Laurence Fox (Victoria, Inspector Lewis, The Professor and the Madman), and Gina Carano (The Mandalorian, Dead Pool, Heist). The film follows the "smartest guy" the President of the United States knows as he navigates a tangled web of prostitution, partying, international business dealings, drugs, sex, Chinese spies, a laptop from Hell, Ukrainian oligarchs, more sex, more drugs, and, of course, his responsibilities to the leader of the free world. With midterm elections around the corner, select committee investigations and FBI raids on the home of a former president, the new film, My Son Hunter could not be more aptly timed.

The trailer will be released on August 26, 2022 and the film will follow on September 7, 2022, on mysonhunter.com and is available for Pre-Purchase NOW.

"Breitbart has always believed freedom flourishes with more voices, not less," said Breitbart CEO Larry Solov. "As we begin distributing films, that belief will be a guiding light. In 2020, Big Tech colluded with the mainstream media to bury one of the biggest political scandals to protect their chosen presidential candidate. It was unprecedented and outrageous. My Son Hunter is a film they never wanted you to see, which is precisely why Americans must."

"This is not a true story, except for all the facts." That is the opening line of the brand new narrative film My Son Hunter. The line is delivered by Gina Carano, who not only plays a Secret Service agent, but also serves as a narrator of sorts, guiding viewers through the insane world of President Biden's now infamous son, Hunter.