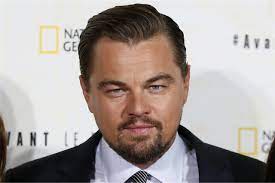 Emails received by Fox News Digital reveal that in 2017, Dan Emmett, a philanthropist, and Ann Carlson, a University of California, Los Angeles (UCLA) climate professor, were working together with the law firm Sher Edling to try to raise money for lawsuits against the oil industry.

DiCaprio was part of this, we reported, having been the recipient of embezzlement money that prompted the Department of Justice (DOJ) to request an asset seizure of the Leonardo DiCaprio Foundation.

The watchdog group Government Accountability & Oversight (GAO) obtained the emails and passed them on to Fox, which is blowing the lid on how DiCaprio and his pals within the climate brigade are doing everything they can to tear down the fossil fuel industry.

"In their emails, Emmett and Carlson discuss how Chuck Savitt, Sher Edling's director of strategic client relationships, had sought Emmett's support and had already received support from Terry Tamminen in his role as the Leonardo DiCaprio Foundation's CEO, a title he held between 2016 and 2019," reports explain.

"When the emails were exchanged, Carlson, who is now a senior Biden administration official, served as co-director of the UCLA Emmett Institute on Climate Change & the Environment, the advisory board which Emmett still chairs."

Why is Leonardo DiCaprio so obsessed with the climate?

Part of that email exchange occurred on July 22, 2017, and three days prior Emmett had forwarded a message that Savitt sent him asking for his support. In these emails, it was further revealed that Edling's first lawsuits were filed with the support of the Collective Action Fund for Accountability, Resilience and Adaptation, a fund managed at the time by dark money group Resources Legacy Fund (RLF).

Alex Jones: The Most Effective Speakers and Organizers are Those Targeted by the Establishment