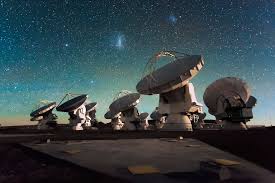 The agency announced in June that it will open a scientific study into UFOs (short for "unidentified flying objects"), or, as they've recently been rebranded, UAP ("unidentified aerial phenomena").

The main goals, NASA officials said at the time, will be to identify and characterize the available UFO data, lay out the best ways to collect observations in the future and determine how the agency can use such data to advance our understanding of these puzzling sky sights.

The study will be led by astrophysicist David Spergel, the president of the Simons Foundation in New York City. It's expected to cost no more than $100,000, begin this fall and last about nine months. And NASA is working hard to keep to that schedule, officials said Wednesday (Aug. 17) during a "town hall meeting" that discussed various projects of the agency's Science Mission Directorate (SMD).

"We're going full force" on preparations for the UAP study, Daniel Evans, assistant deputy associate administrator for research at SMD, said during Wednesday's town hall. "This is really important to us, and we're placing a high priority on it."

The study panel will consist of 15 to 17 people, Evans added. These folks will be "some of the world's leading scientists, data practitioners, artificial intelligence practitioners, aerospace safety experts, all with a specific charge, which is to tell us how to apply the full focus of science and data to UAP," he said.