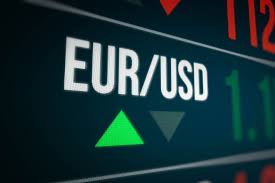 The eurodollar curve has nothing to do with euros or dollars. Rather it is an interest rate curve and one of the world's most widely traded futures.

After peaking at about 3.9% this year, eurodollar betters believe the Fed will then cut rates all the way down to 2.8%.

The Fed realizes this in time.

But not so much it means falling household spending.

In reference to the led chart, Macintosh says "The first assumption is the hardest to believe."

I disagree. The hardest thing to believe is the overall goldilocks scenario and that the current rally makes any sense at all.

Inflation may easily come down if the Fed tightens too much too fast causing a severe recession. What would that do to corporate profits?

But assume otherwise, that inflation does not come down more. What would that do to corporate profits?

Big Pharma Stocks TANK After Biden Says Pandemic Is Over