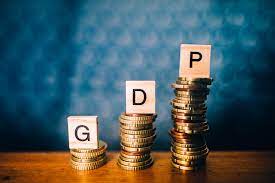 The GDPNow model estimate for real GDP growth (seasonally adjusted annual rate) in the third quarter of 2022 is 1.6 percent on August 17, down from 1.8 percent on August 16. After this morning's retail sales report from the US Census Bureau, the nowcast of third-quarter real personal consumption expenditures growth decreased from 2.7 percent to 2.4 percent.

Base Forecast vs Real Final Sales

The real final sales (RFS) number is the one to watch, not baseline GDP.

RFS ignores changes in inventories which net to zero over time. This is a good reason to ignore the talk of two quarters of declining GDP being a recession.

RFS in the second quarter was positive but retail sales plunged in May after a strong April. That's when housing started to crumble as well.

On August 10, I commented GDPNow Third-Quarter Forecast Jumps to 2.5 Percent, Recession Off?

The baseline job numbers do not match 200,000 layoffs at Amazon, consumer sentiment, rising jobless claims (albeit from record low levels), warnings from retailers including Walmart and Target, layoffs at Walmart, and two warnings from Micron on demand for computer chips.

I smell huge revisions to the job numbers. If so, this forecast jump will be short lived.

Economic indicators are pointing to a recession or worse. What will 12 months from now look like?

Following Decades And Decades Of The US Government Radically Printing Money...

"Have They Gone Completely Mad?" They Know That They Are Killing The Economy,

Ep. 2880a - The Fed Just Did It Again, Raised Rates, Optics Are Important

Why Is the Federal Reserve Collapsing the Economy?