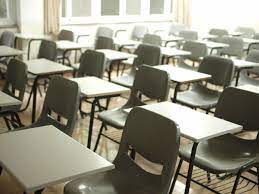 The GOP's nationwide war on public education — specifically the teaching of race, U.S. history and LGBTQ+ identities — has led to a 250 percent spike in state-level "educational gag order" bills this year, according to a report published Wednesday by the free expression group PEN America.

Titled America's Censored Classrooms, the report finds that lawmakers in 36 U.S. states have introduced 137 gag order measures in 2022, up from 54 such bills last year. With the exception of a single Democratic bill in Arizona, all of the gag order proposals unveiled this year have been led by Republican legislators.

The analysis defines educational gag orders as "state legislative efforts to restrict teaching about topics such as race, gender, American history, and LGBTQ+ identities in K–12 and higher education."

"Our report documents in alarming detail the threats to how young people learn and are taught in American schools," said PEN America CEO Suzanne Nossel. "Lawmakers are undermining the role of our public schools as a unifying force above politics and turning them instead into a culture war battleground."