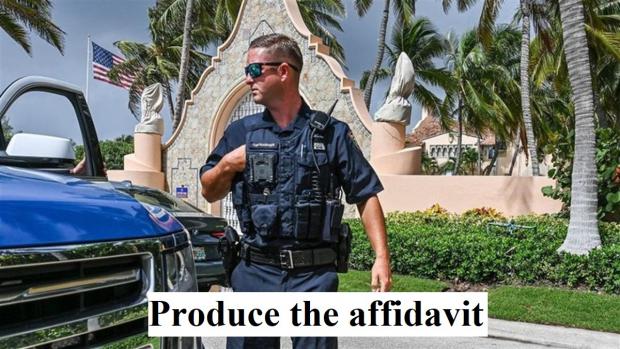 Several media organizations have urged a Florida judge to release most of an FBI affidavit which was used to justify the DOJ's search warrant for last week's raid on former President Trump's Mar-a-Lago residence.

According to a filing by the group, which includes the New York Times, AP and CNN, the public has a "clear and powerful interest" in what led to the unprecedented action by the DOJ against the sitting president's top political opponent.

While the group says that the document should be released "with only those redactions that are necessary to protect a compelling interest articulated by the government," the Justice Department says that such a redacted version of the affidavit would leave the document so devoid of content that it wouldn't provide any insight.

The government has given "little explanation as to how release would harm the ongoing investigation" even though many details of the probe are already public, the group said in the filing in federal court in West Palm Beach, where US District Judge Bruce Reinhart will hold a hearing on the matter Thursday.

The affidavit provides the basis on which the judge authorized the search of Trump's estate. The dispute over its release is the latest fallout from the Aug. 8 search, which culminated in FBI agents carting away 11 sets of classified documents in about 20 boxes. Threats against the FBI -- and the judge -- have jumped since then. -Bloomberg

Hang On, Covid Came From WHAT?