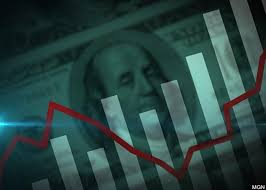 Inflation has exploded under Joe Biden's administration, reaching Consumer Price Index levels of 8% and 9%, and wholesale marks of up to about 11%. Gasoline, while down a bit in the last few weeks, as been in the $5 and $6 a gallon range.

That's costing Americans thousands of dollars more this year to have the same lifestyle they did last year.

And it appears not to be going away any time soon.

That's why the Democrats in power in Washington, D.C., voted to adopt the "Inflation Reduction Act," even though experts say it raises taxes by billions, spends billions on green projects and actually probably won't help with inflation,

But after Biden signed the measure into law, the White House went silent on when it will help Americans fighting surging prices, and how that will happen.

Fox News reported that in response to a request from Fox News Digital, the White House "did not immediately provide economic modeling showing when the bill will begin to significantly impact overall inflation – which sits at 8.5% over a year ago as of July."

Further, the White House "did not immediately respond to a follow-up question about whether it had developed an estimate showing by how much it would curb price increases."

It did claim the special interest group Committee for a Responsible Federal Budget claimed the massive spending will create a "deflationary" effect.

But, the report explained, "multiple outside studies and economists are projecting that the bill will have very little, if any, success in decreasing inflation."

Economic indicators are pointing to a recession or worse. What will 12 months from now look like?

Following Decades And Decades Of The US Government Radically Printing Money...

"Have They Gone Completely Mad?" They Know That They Are Killing The Economy,

Ep. 2880a - The Fed Just Did It Again, Raised Rates, Optics Are Important

Why Is the Federal Reserve Collapsing the Economy?