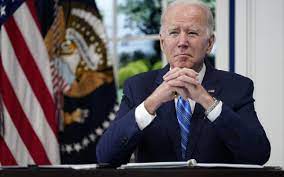 When the enemies of human freedom are operating in the shadows, We The People have a hard time finding the will to organize a robust defense of our rights.

In more recent history, we had the example of COVID Mania.

As many Dossier readers were aware, I was one of the earliest opponents of the coronavirus insanity of early 2020. I was documenting the fastest roll up of power in human history, and nobody seemed to care.

But eventually, the government theatrics became a tired act. Those brutal mandates sparked a new fire in millions, if not billions of people, who witnessed the worldwide human atrocities being committed by their local Safety Regime, and chose to bravely broke free from the matrix. This significant chunk of humanity now has their guard up, keeping a watchful eye on the anti-human goals of the global totalitarians.

Last night, with the whole country watching, the American federal security state put the finishing touches on its transformation into a political weapon that protects the interests of the ruling class, while attacking its enemies with the weight of the government gun.

With the unjustified, entirely baseless, FBI raid of the private estate of Donald Trump, the former duly elected president of the United States, Americans are once more being forced to question the legitimacy of our federal institutions.

Ed Snowden: America's Open Wound - The CIA Is Not Your Friend